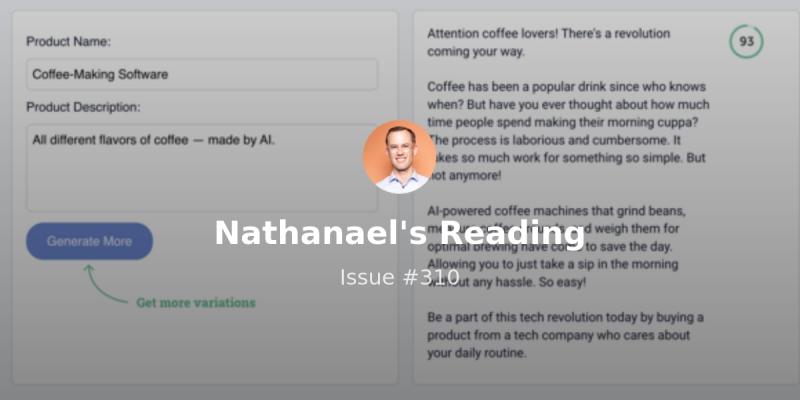 Here’s a quick summary of where we are with tech: we were promised self-driving cars, instead we got Twitter; now that your white-collar job is mostly interacting with tech, the robots will quickly be better at it than you.

My job for HubSpot is consulting people whose jobs are mostly interacting with our software. From time to time, I see marketers who don’t have time to write decent copy or system admins who can’t find the time to keep the system organized. These folks are perpetually planning to update their website, they’re about to write some emails, and they’re aiming to get their applications in sync. They tend to assume more is better (more output, more work time) and that the week after next is when they’ll finally have the time to get to it. I think the people who can’t quite get their tech-enabled tasks accomplished are the ones whose roles will most quickly be replace by their technology.

The robots aren’t coming for manufacturing or logistics jobs. They’ve largely already done that: productivity and output per worker is through the roof, even as employment in those sectors is down sharply from its peaks. The robots are coming for software jobs. For example, the copywriting marketer faces a dozen or so startups, along with some larger marketing technology companies, that are selling software that writes copy.

I’ve seen a bunch of the writing. It’s adequate, not great. The AI-produced copy is sort of like a DIY will from one of those legal documents websites: it’s something, probably as good as the worst “real” option, and a fine fallback if you don’t feel like getting a real lawyer. (My will is from such a website. Thanks, tech!) But if you’re a marketing leader looking for quick results, hitting a button on a website is faster than writing it yourself and it would be far cheaper than hiring a junior marketer. I’m not convinced the results will be all that great, but certainly ai-generated copy is better than no copy at all.

It might be tempting to think the robots would stop after doing the work of the factory, the warehouse, and other “real stuff” places. But that underestimates the way software eats anything it can see. The smarter wager is that the robots are coming for any job that can be done on a laptop. After all, the software people know the most about those jobs that can be done on a laptop. Maybe the next thing will be an AI that writes its own code.