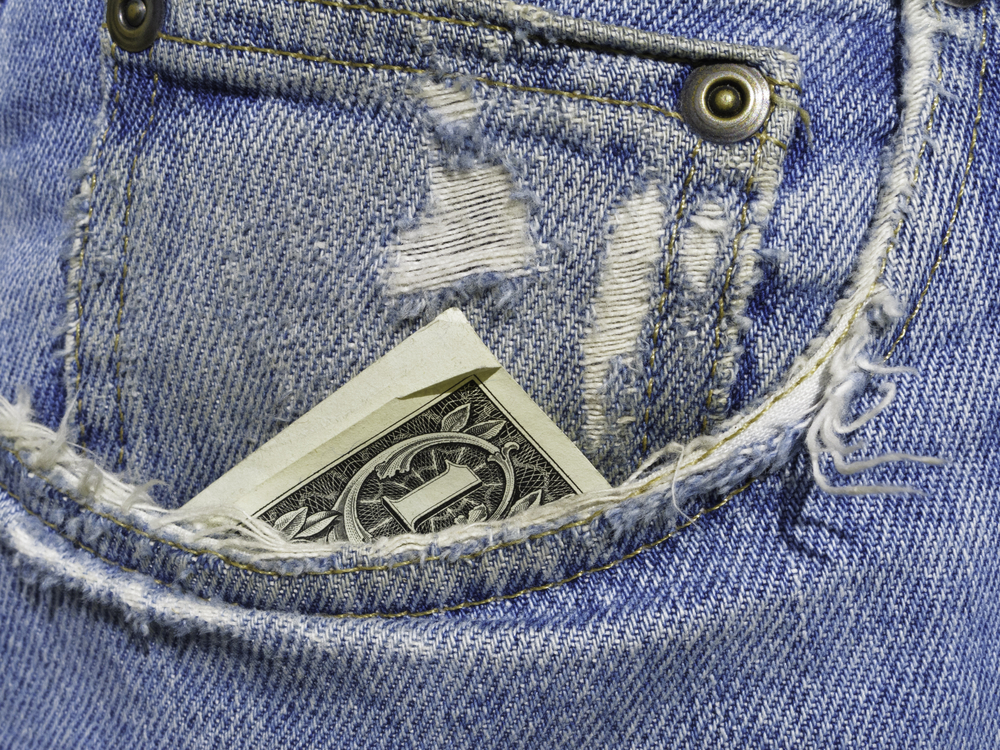 After starting my career in the family business (taxes!) and then shifting to non-profit work, I now work in technology. I’ve noticed a thruline: everyone complains about how little they make. The most common reason my friends have had for switching jobs is to increase their salary.

In Washington, DC, us political nonprofit employees thought we had a tough slog to live in an expensive city on a small salary. In suburban Georgia, my colleagues argued about how much the company owners made while they were buying new cars and nice houses. In Boston’s tech scene, which is among its highest-salary industries, I am surprised to hear the same thing: people feel like they aren’t making enough. This is even as they draw a salary well above the median household wage!

The assumption is we need or deserve a certain lifestyle and then the experience is continual concern that we aren’t making enough.

This isn’t something I’ve felt. Sure, I strive to make money and live a decent lifestyle, but I haven’t really faced the continual dilemma of wanting a bigger salary. Why? My perspective is flipped: I assume the money I have is enough, and fit my lifestyle to my salary.

That’s what it means to be frugal: let your earnings dictate your spending.

Being Frugal is a Pathway Towards Simplicity

If you define frugal as always selecting the cheapest thing, then I’m not quite that. For much of the time I’ve been eating a homemade lunch and not watching cable TV, I’ve spent almost half of my take home pay on housing. That’s over anyone’s recommended budget, but that’s what it costs to live in the desirable areas we like to. Frugality has meant that we need to live with that tradeoff: expensive real estate yields more for me than restaurant lunches and HBO.

If you define frugality as spending money when it matters, and avoiding spending when it doesn’t, then that’s what I’ve done for ten years.

That’s because the goal isn’t to “be frugal” or to be cheap. My primary goal isn't to have more money. It is to avoid the financial pressures that would make my lifestyle not calm. I like a simple, calm lifestyle, and that means not spending money on complications. It means not constantly needing to make more money to achieve the standard of living I think I deserve.

I am frugal to preserve the money I have for what matters.

My preservation of money has taken two forms: big and small. In this post, I’ll show the large impact of small frugal choices; and I’ll discuss why even the big choices haven’t been so hard.

In 2020, I marked ten years of a paying career and a lifestyle built to match. I took stock of my earlier decisions and how they were paying off.

Most of the frugal decisions I’ve made for ten years are relatively small:

But the savings from cutting these extra costs adds. It’s likely close to $50,000!

A quick note on calculating the impact of savings: I estimate a 2% interest rate on my savings. This is roughly what I’ve seen based on my split of cash between low, stable interest accounts and stock funds. While some people use a 7 or 8% rate to reflect the total return of the modern stock market, in the real world, you don’t put all of your extra money into the market and you don’t experience historical averages--even over 10 years.

Some of my savings went into my bank account, but a lot of this savings simply meant that I was living within my means and not going into debt to fund a more expensive lifestyle.

Big Choices: Is It Hard to Say No?

While we’ve saved a lot of cash with a series of small choices, the bigger things we opted not to do, or to skip probably had much more of an impact.

It’s easy to spend five thousand dollars a year on travel: take two destination vacations and add a few holidays with families and you’re there. Most of the traveling on a budget tip sheets start with a few hundred dollars per day and show you how to pare down. Another option saves even more: don’t take trips at all.

Since I started working, I’ve kept a pretty strict monthly budget. In it, I allocate funds for non-monthly expenses: car insurance is billed twice a year, but I budget for it every month. This budgeting shows the big impact of big travel expenses: a few thousand dollars a year for travel may seem theoretical, but adding $200 or $400 per month to the budget sheet, especially against an income of a few thousand, shows that it takes a big bite.

When budgeting for the year, our question for travel wasn’t: where do we want to go? It was: how much per month should we spend? At a time when we were spending $500 per month on food (essential), spending another $500 on travel (the definition of non-essential) seemed absurd. It was easy to say no.

What did we miss by not traveling in our twenties? My defunct Instagram would’ve been more fun. And the destination wedding we declined to attend would’ve been my first trip to Europe. But I am more excited for what we did: lived in cool places and saw family.

Our travel spending did come to $100-300 per month, but most of that was for flights and rental cars to see our families. We lived 500-1000 miles from them for a decade plus. Seeing them, and sleeping on their pullout couches, was more than enough travel for us.

Being frugal--preserving cash for what matters--isn’t easy. Almost every time you make the choice to save money, you’re making another choice to invest time.

Even the biggest “set it and forget it” choices take time: do you know how hard it is to port your phone numbers to a discount phone company? Or how tiresome it is to call the cable company every 6 or 12 months to get a better rate?

Convenience costs money. Saving money takes time. There’s not really a way around the tradeoffs. The bigger question is: is it worth it?

(Not all time-cost tradeoffs are negative: the work of landscaping and maintaining a house aid in a calm lifestyle.)

Be frugal by saying no

Simplicity is purposeful spending: having margin or space to fund what matters, and freedom to disregard what doesn’t. And so being frugal means just ignoring what doesn’t matter.

Here are some of the top things that people spend “extra” money on that don’t matter to me:

Is a lifestyle where you don’t watch HBO in your TV room after an expensive dinner out less fun? For some, maybe it is. But the cost of all of the above could be a reason people tend not to be satisfied with their (above-median) salaries.

[1] We rented apartments for five years, so this is a five-year savings number, not 10.