The Importance of position and place.

My career has taken me to three cities, working for four companies in at least four distinct positions. It has been a bit of a sojourn, but there are through lines to each place and position and even in the pivots in between. I come back to these pivots and lines when talking to others about their career choices. When it goes well, it's usually because we've learned something, when it goes poorly, it's usually because we've ignored the same lesson. Thus, I thought my story and an exploration of the good and bad reasons behind each pivot may help your career planning. Thus this essay is my attempt to tell the story of a career in pivots.

11 years ago, my career began. I wanted to work vaguely in politics, in Washington DC, near where I'd gone to college. My aspirations were vague. In retrospect, it's not a surprise that I didn't find work in DC. The 2008 downturn and election results may've created fewer open opportunities, but my vague goals frustrated the search. Thus, in the fall of 2009 after business school, I went to work for my Dad's tax firm, doing roughly the same things I'd done some afternoons and weekends during high school. That fall, I played a little more golf than I should've and explored our new hometown of Portsmouth, NH.

The job at Dad's company was generous, and it made my first year of marriage and the last year of my mother's life far more comfortable and close than it could've been. Perhaps there was some providence in the "fallback."

After that tax season, I picked up some threads of the job search. This time I was more focused: applying only to marketing or communications roles at advocacy nonprofits. I read about an organization whose creation was announced in a WSJ op-ed, and when I emailed the op-ed to a few people I knew, I realized they were part of its founding team, and the chase was on.

In the summer of 2010 I was offered that vaguely political position in Washington, DC. Thanks to Tim Chapman, my dream career was off to the races. For the next five and a half years, I evolved from a policy strategist to a digital marketer to a technology manager. Roughly every 18 months, my role changed, either because the organization grew or I wanted to do something different. Not inaccurately, I described it as my 'dream job.' We were politics-adjacent, and the work itself was a wide-ranging set of marketing, process, and systems-design challenges. Because the organization was new and small, I had more autonomy and authority than I deserved as an inexperienced 20-something. It was an ideal first job. 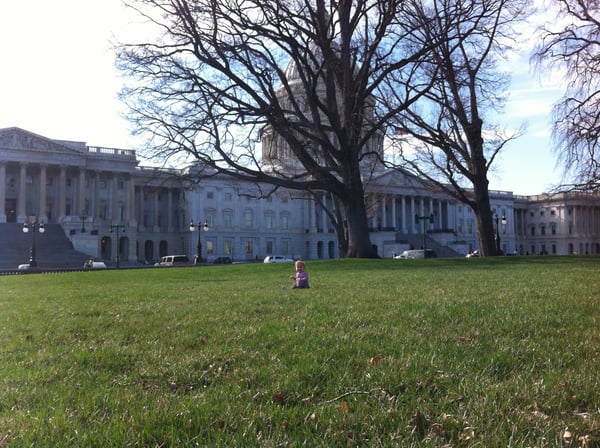 We began raising our family in Washington. Living in in a series of small apartments on Capitol Hill, we felt embedded in the actual community nestled behind the tourist areas of the Hill: shopping at an Aldi with a Capitol dome view, playing golf at Langston--between a project and the National Arboretum, and meeting neighbors in the sidewalks and allies. We found Washington to be a transient place: a lot of our friends moved back to where they were from, or to the suburbs, when their jobs changed or when kids arrived. We maintained that we were there to put down long term roots. But roots were hard with the people in our life constantly uprooting to move away.

In 2015, my work situation began to shift: the organization was less of a startup and more established, and thus my role diminished in scope and flexibility. At the same time, our third generation of DC-area friends moved away, and so I began my second real job search. The the second search was more about a managerial role with advancement potential--the setup I thought I needed to grow. In terms of industry, I focused on the political space and its adjacent marketing and technology concerns. These were mostly small shops with clients like the organization I'd worked for. Between our family's needs (no late nights and long campaign travel for this Dad) and my idea of the kind of place I wanted to work, the options narrowed pretty quickly.

I ended up taking a position with a political marketing agency in Atlanta. I'd been an on and off client of theirs and knew the partners pretty well. The interview process was ad hoc, but they liked the approach I took to work and I thought I liked the setup, even though they were in an Atlanta suburb.

In 2016, we moved to Atlanta, where I led the agency's client-facing team, delivering digital projects, managing small ad buys, and selling direct mail to political campaigns. In the gold rush of political ad sales, I made more money in 2016 than I had in the previous years. While it was partially a natural growth of my previous work, the day-to-day was a big step into sales management. At a small agency, everybody sells. The lessons I learned were mostly negative: I didn't like management, sales, or, in the end, politics. (A lot of people learned that last lesson in 2016.) And, as it turned out, while DC was ok, Atlanta was just too far south for my family. 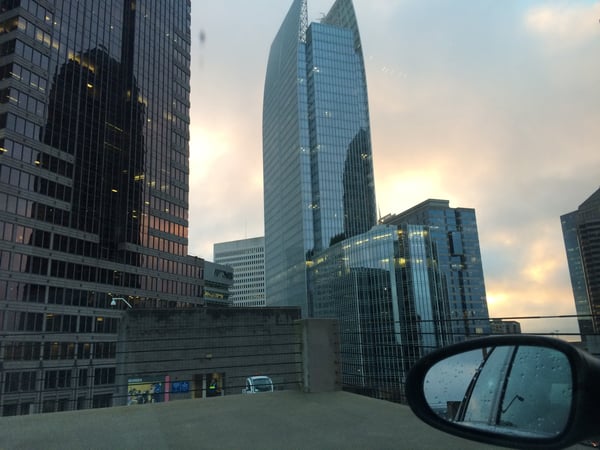 In 2017 we decided that it was time for a change. And a long-term change: with a growing family and a narrower idea of kind of work I wanted to do (and not do), the time for major pivots and moves was ending. That was a new challenge: I knew a few things about what I didn't want to do, and we knew a lot about where we didn't want to be. We needed to pick a place to raise our kids; I needed to get out of politics, management, and sales. It became a major career and life pivot.

We began the pivot with two questions:

Let's take those two in reverse. I knew I didn't want to manage people, didn't want to be in politics, and didn't want to sell. What I wanted to do was a bit harder to define. In reading the book Pivot, and going through its exercises, I began to define the kinds of work when I contributed the most value to the organization. Some themes that stood out included being part of a larger organization (no more 24/7 on-call for clients), having a boss who was committed to my growth (no more organizational politics), and being in a space where I could confidently work for my clients (goodby politics!).

Where I did some of my best work was as a result of a series of calls and meetings with our Marketo consultant, Mike Sherwood. I called him up and found some deep insight about the consultative work he did and created at Marketo. In thinking about it, his work with us turned into my team consulting and advising other teams to help them create good processes and use software to work better. My career pivot's target became a consultative role in the software space.

All B2B software companies have a customer success division, which I knew, but I didn't know that almost all also have professional services teams. Marketo, HubSpot, and more have separate paid services--and those consulting roles are what I began to look for. I first applied to a role that Marketo was hiring to serve their New England regional customers. Then I found HubSpot.

Why New England? Back to the first question: we answered it in about fifteen minutes. My spouse just wanted to be in northern New England: it was about the shortest major conversation we've ever had. I think it took me longer to propose marriage. We drew a circle from Boston to Portland, and that was our place. (As it turned out, we picked a church first, a town next, and a house third, but that's probably another essay.)

It all came together: Marketing technology + consulting + New England = HubSpot.

I am grateful that, almost ten years before when in Portsmouth, I had met Jeff Vocell. He is a legendarily earnest, charming, and dedicated person. Not not did he remember me, but he pushed my candidacy with HubSpot through to the interview stage almost single-handedly. After a miss on the initial position, they asked me what my ideal position would be, and that led me to Mark Metcoff's professional services team. I started shortly after Labor Day, 2017. 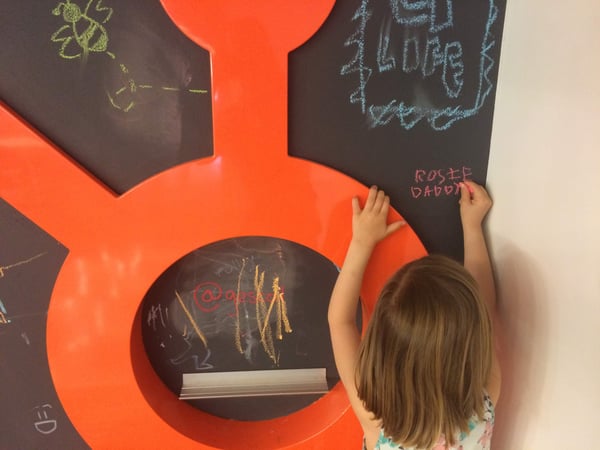 We live about 30 miles from where we started, I work in an entirely different industry, doing something I didn't know existed. It's been a return and a new adventure and I'm proud to call HubSpot home.