"Norm, I won something awesome."

"I won those boots you're making from the Fenway tarp."

Muffled, phone probably on his chest: "this guy won the boots."

Voice from upstairs, "I got this one."

Norm came back on the line: "the boss wants to talk to you."

The phone rang, barely. "LL Bean, this is Charlie. So you've won some boots."

We confirmed my details and Charlie said he'd get to work right away on getting my boots on their way. Parting line? I said "Go Sox," and Charlie said, "Yeah I hope we can win a game or two soon. We'll see."

The optimism of a Sox fan. We were a few days from taking the World Series, at home.

Some time went by. 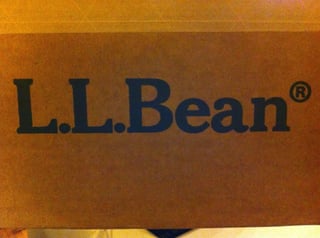 Then the mail came. 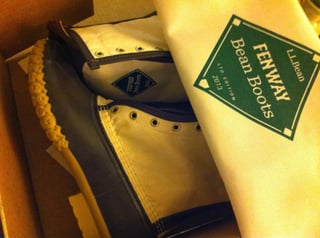 What a great day. 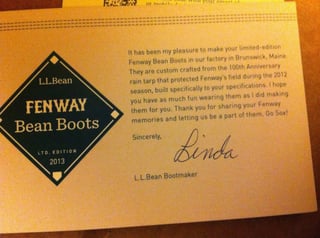 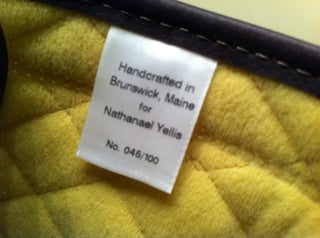 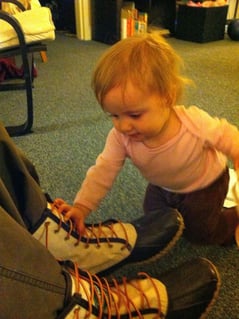 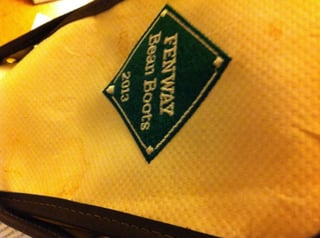 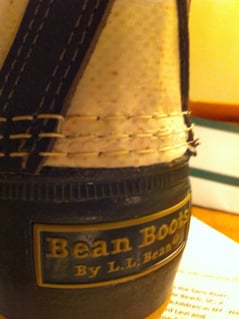 I, Nathanael Yellis, won LL Bean boots made from the infield tarp of Fenway Park. Thanks to a tip off from my old friend Jack Minor, I entered a Facebook contest. All I had to to was upload a video of Papelbon getting a save and I was in. A few weeks later, I had won!
Fenway Park and LL Bean were both founded in 1912. When both turned 100, LL Bean sponsored the infield tarp. They sponsored it for years after. I guess they got the tarp after the season and decided to make some boots!
Maybe social media isn't so bad.
And, to top it all off, I made a great new Twitter friend, Kelly, who similarly won a pair of boots.