My Eulogy for Patty Yellis

I've talked a lot in public; I'm good at talking. But this time, I could barely make myself audible.

My siblings asked me to speak at her funeral. The eulogy I delivered was the hardest thing I've ever had to say. And maybe the most important.

How do you take something so life-filling and make it into words? How do you make people see the person who made you, after she's gone?

I chose to keep it simple, insofar as I could. I told three stories from our recent life. I talked about who Mom was to me and tried to get at how she lived and what she did. I found myself weeping several times. (I wept as I wrote this.) And I could barely make it through.

It's tough for me to talk about this, so I've posted what I said:

I stumbled through a few stories, showing who Mom is to me. There's a difference between telling and showing, and I tried to show. I also used quotes. Maybe a weak way of saying things, but reading the same scripture as I read at my Great Uncle (grandfather's) funeral seemed right. I remembered later that I'd read that Psalm from the same pulpit in Saco's Congregational Church a little over a decade before.

It's was tough time for the Yellis family. Like many families, Mom was our center. And she was, suddenly and forever, gone. 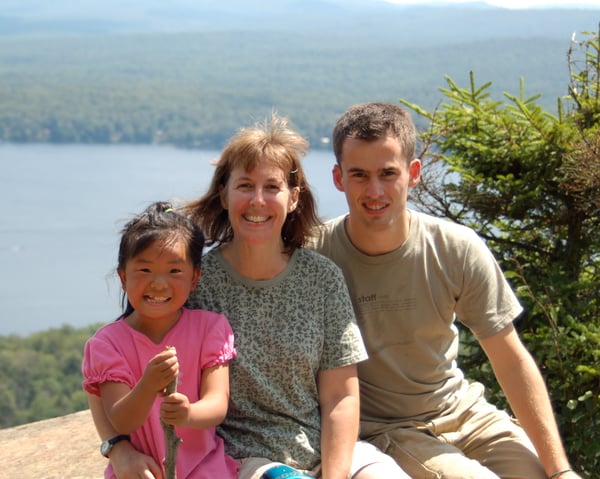 2010 Update: the Portland Press Herald ran this featured obituary, Patricia Yellis, 57, devoted her life to educating and giving to others.

2011 Update: We raised ten thousand dollars from friends and families to benefit Chinese orphans, a cause that meant a lot to our Mom, after she adopted our two youngest sisters from China.

2020 Update: my brother, Andrew, published this remembrance on the tenth anniversary of her death.