A new study from Stanford says Republican campaigns pay about 30% more for the same ads as Democratic campaigns. That’s shocking, unless you’ve worked in politics. Why is it so high? While Democratic campaigns tend to be served by a broader array of advertising agencies, the GOP has fewer ideologically-aligned vendors. And with less competition, rates are much higher. GOP consultants are making a killing.

Any political donor, responsible campaign treasurer, or even a campaign manager should be able to suss out the best price for the services they buy, right? Sadly, no. These higher fees for Republicans are baked into a wildly complex, completely opaque system of GOP political campaign vendors.

In the campaign world, for both candidates and PACs, it all starts with a general consultant. This is the person, usually with many years of experience, who’s brings upstart campaigns a network of vendors that can deliver events, activists, and advertising. Campaigns get the consultant because the consultant promises victory and efficiency--and they often deliver, but for a price. Though that price can be incredibly hard to find out.

My Experience as a Political Advertiser

I was a longtime political advertiser: I managed issue ads for a conservative 501(c)4 policy group. Part of a long-standing institution, the vendors I worked with had to abide by relatively strict ethical and contractual standards. As did I. Needless to say, we didn’t work with many political consultants and refused to engage with campaign vendors who shy away from standards.

After leaving the nonprofit, I went to work for a notable southeastern GOP digital and direct mail firm. When creating my first mail jobs in our internal system, I asked why I always had to enter both the client (a campaign) and their consultant. The answer? We needed the consultant to process their “commissions.” The standard commission was five percent of the invoice amount. We paid it to the consultant associated with the campaign who had brought us the work.

That commission was a kickback. The client never knew that X percent of their check went to their advisor. If it looks like a kickback and has to be kept quiet, then it’s a kickback.

Which brings me to CNN’s puffery over Brad Parscale, digital campaign vendor turned reelection chief for President Trump. It included this tidbit about Parscale’s fee structure:

Over the past two years, some of the campaign’s money has flowed directly to Parscale’s own businesses. Between the Trump campaign and the RNC, Parscale’s firms have pulled in more than $21 million for services including digital consulting, online advertising and fundraising.

Parscale has said that much of that money goes directly toward purchasing advertising and other expenses, but he declined to provide a detailed accounting of the spending and how much he has profited from his business with the RNC and Trump campaign.

This is pretty typical so far. No one reveals their exact split between pure profit and hard expenses. We wouldn’t want the donors to learn how much of this advertising went to salaries, bonuses, and San Antonio office space. 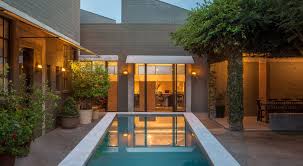 Lest we think the eight-figure haul during the 2018 cycle is too much, Parscale adds:

He points out that unlike other political consultants, he will not earn a percentage of the campaign’s ad buys, instead agreeing to a $300,000 annual retainer with the campaign, plus bonuses.

“In the last election, I was hired as an advertising agency and we received a percentage. After that, I felt like as campaign manager it would seem not very ethical and very good of myself to pay myself a percentage for my own decisions,” Parscale said. “I know a lot of guys in this industry that do that. I feel differently about it.”

Unlike the vendors that take a hard percentage of the ad buy, Parscale is settling for bonuses and $25,000 monthly retainer. Trump donors rejoice: your dollars are spent more effectively than most of the rest!

But that’s not the only way a savvy campaign chief makes his money. Remember those kickback commissions?

Parscale is at the top of the vendor heap, meaning he controls access for any vendor wanting to do business with the Trump re-election campaign, the RNC, and their joint committee. Vendors from voter data to peer texting to donation processing are likely paying Parscale a cut of their invoices to access to the business. With such a sprawling campaign apparatus, Parscale is likely getting a kickback on hundreds of millions in TV/digital ads, direct mail ads, various software, and other vendors. Despite what they headlines say about Facebook spending, foregoing a cut of that slice for a small cut of the entire pie is an easy tradeoff.

By installing the digital guy at the top of the campaign, Trump is replacing one form of banditry with another. Parscale is fine to forego 15% of some digital ads. He will get his toll on every other dollar.

Consultants are paid for their expertise, such as it is, and paid a percentage of every dollar in campaign spending they can manage to direct to a firm that’s willing to engage in these kickbacks. Firms usually comply: without a kickback, there’s no chance of landing the business in the first place.

How to track these kickbacks is tricky. Knowing what entity to chase is trickier still, as the Parscale Digital LLC used in 2018 appears to have been dissolved just a few days ago.

Much like John D. Rockefeller’s railroad rebates, you know it’s not above board because it’s kept secret from everyone. Candidates and their donors or treasurers should be asking their consultants exactly who makes what for each line item in their budget.

But with a boss like Trump, kickback culture is probably the least of everyone’s concerns. While everyone is demanding to see the President’s taxes, GOP donors should be asking what the consultants, starting with Brad Parscale, are getting paid.